Session Zero
Psychology tips for getting a new party and campaign off on the right foot.

A good session zero can solve most problems at the role playing table – from problem players to general disinterest in the campaign, to even the worst foe of all… scheduling.

Session zero of a D&D campaign is one of the least understood and most important parts of the game. Many players (especially new players) will be surprised to show up ready for sword and sorcery, and instead find out that reading books and filling out character sheets is involved in the process.

Session zero can be used just to role up characters. At worst, we can use session zero to keep our players honest with their die rolls. At best, it can transform the entire game for the better. 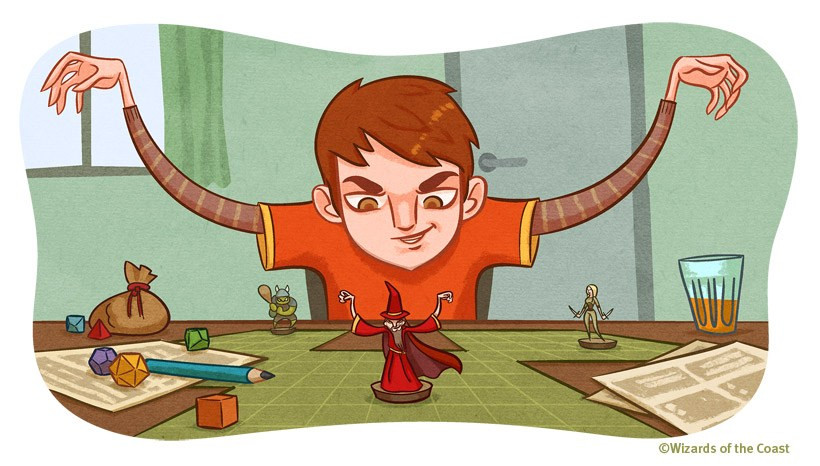 If you are getting a new group together, even if everyone already knows each other, there are important attributes of forming the party as a distinct psychological group that happen during session zero. As the DM or GM, you can learn a lot about how the group is likely to get along right from the very first meeting.

How does your group interact from the very beginning? Do your players think about how their character might fit into the party? Do players have a backstory they are excited about, a character concept they want to try out, or a certain combination of skills, spells, or abilities that they are interested in?

By asking questions and highlighting similarities, you might be able to help move the entire group towards a state of easy rapport, though this will likely develop all on its own if your party stays together long enough.

If you are lucky enough to have a group of close friends getting together for game night, then building an air of rapport and camaraderie is probably not a problem you need to solve. However, there are other benefits to running a session zero.

In psychology this is called "buy-in"

One of the very best questions you can ask your group is probably overlooked by most GMs and DMs, whether they are brand new to the game or seasoned leaders. “What do you want to get out of this game?”

“What do you want to get out of this game?”

It’s a golden question for encouraging group harmony and individual player satisfaction. Though this question works best if it’s asked right at the beginning of session zero, it can be asked near the start of any game night to good effect.

Even if you don’t ask this question directly, you can still get a good lead on how to run the game better by remaining curious about this question’s key content.

Every player comes to the table for a reason. Sometimes, there is the friend who just wants to come along for the ride. Sometimes a player wants to take on the role of a favorite TV or movie character. It could be nearly anything that a player wants to get out of this ridiculously complex role playing game.

But, you know… You can just ask, too.

By asking at the beginning of the game, player input can also help as you flesh out your campaign, a homebrew world, or the monsters and NPCs that you will bring into the mix.

Running a pre-printed adventure can take a lot of prep work out of the game, but prepared adventures also lose some of the originality of making up new game material on the spot. By getting player preferences at the start of the game, it’s possible to find a sweet spot between a lovingly crafted homebrewed campaign and pure random nonsense.

Even if you do decide to run a pre-printed adventure, knowing your party’s preferences at the game table can give you an edge on your particular balance of roleplay, combat, and description as you navigate the game materials. In the moment of running a D&D game, there is legitimately too much information to strictly stick to all the rules and still keep the engaging atmosphere of the game going all the time.

But if you have a good sense of what your players are looking for, you will know which bits to focus on and which bits to quietly drop by the wayside. Your table may value the grit and realism of encumbrance rules, remembering to eat and drink, and exhaustion. Or they may prefer fart jokes and character acting. Every table is different. 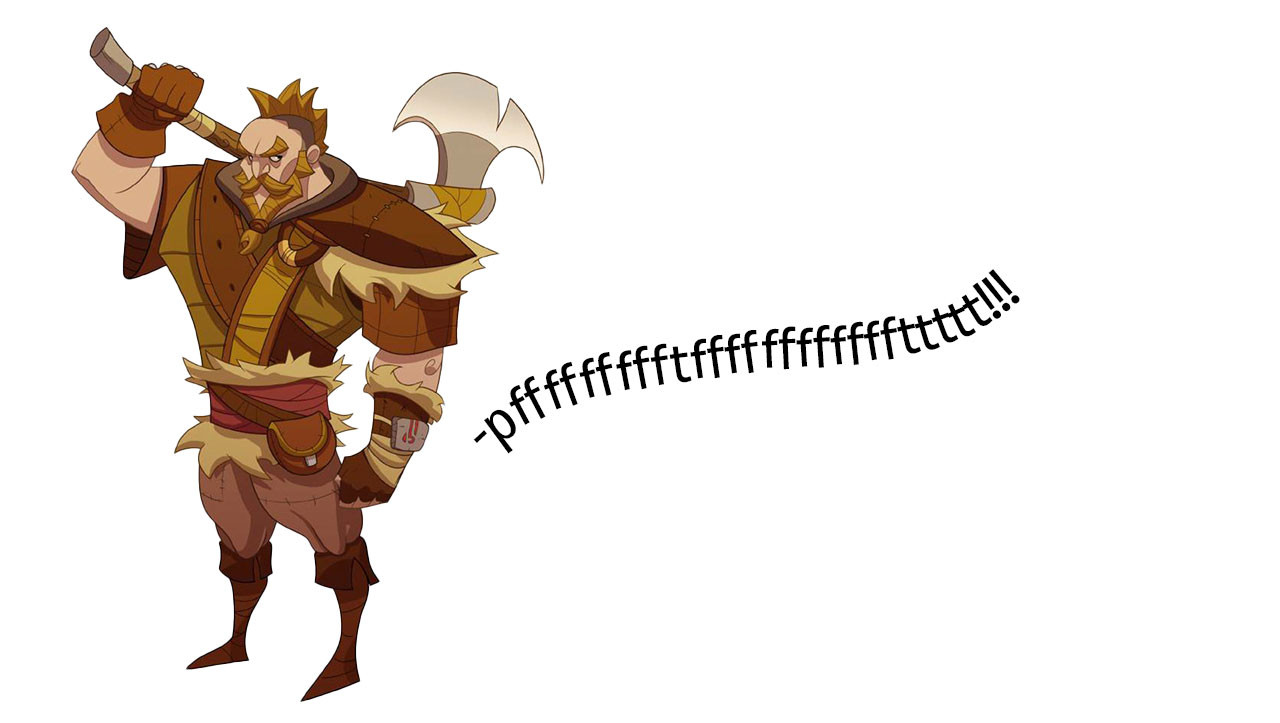 Even if you’ve been playing with the same group for years, giving players an explicit chance to say what they’d like to focus on in this campaign is an excellent way to boost interest, and use your considerable time and energy spent running the game in a direction they’re likely to appreciate.

One of the best side effects of running a great session zero is that there are certain problem behaviors at the table you can head off right at the start.

Establishing rules and ways of being in the party from the beginning can be a special challenge, especially for new DMs and GMs, and for new players. At worst, you’re likely to encounter at least one player in your tenure as a DM or GM that just wants to murder-hobo along, and totally plans on gutting the party in their sleep for a pack of gum and two silver pieces. At best, you’re definitely going to have players that want to take different side paths through a complex campaign.

“When there is a disagreement in your party, how will the party handle it?”

This question alone might be the topic of an entire session zero if there is a contentious mix of personalities showing up for game night… or if your players are bringing more issues to the game than meet the eye. Discussing this topic outright at the beginning can go a long way towards minimizing a feeling of wasted time later on in the campaign.

By having players generate their own conflict and grievance resolution methods early on, it doesn’t end up as part of your job to keep the party together. Because if there’s one thing a DM or GM needs, it's not more things to keep track of.

In the best of cases, your party might accidentally solve intractable conflict problems that have been plaguing humanity for eons. But even the average party of new acquaintances is likely to come up with workable methods to rely on if the game should turn bad. When one player is being unreasonable, or if the game takes a direction that makes a player uncomfortable, it’s a good idea for there to be some way to address it that all the players are already familiar with. If the players themselves are the very people that suggested that method, they’re that much more likely to respect it when they’re hangry and just lost their bag of holding with all the party loot inside.

Backstory, where willing suspension of disbelief is born…

Playing through a session zero can be a lot of fun as well. It’s not all ground rules, safe words, and double-checking the die rolls.

It may not be active combat against The Big Bad, a high stakes puzzle to unlock the ancient tomb, or divvying up the treasure after a lengthy quest… But the session zero is a unique role play opportunity to figure out how the player met, where their paths have already crossed, and what goals and hopes they share for the future.

I’ve always thought that it would be a lot of fun to play a party that is a family, a rock band, or in some other way a group of individuals tied by shared goals. The official content, Acquisitions Incorporated, comes the closest to this of any of the official content I’ve seen before.

Whether your party is a band of misfits who decide at the tavern one night to risk their lives in an insanely dangerous mission, or working stiffs just trying to repay their student loans… having some idea of why your party members are willing to delve into ancient dungeons and pursue magical secrets is a big step in being willing to pull together as a team when the going gets rough.

You might want to give a session zero a try at your table, and end up learning that your players are perfectly able to adjust to difficulties on the fly, share the party loot with no squabbles, and roll up a new character without blinking an eye. In that case, maybe these tips and tricks are better suited to using once in a while instead of at the start of every campaign.

However you decide to play through a session zero, though, it’s a huge advantage to the party’s chances of showing up even when the Dread Beast Scheduling conspires to ruin your game night. And… it might even make you a better DM or GM just for giving it a try.