Running The Lost Mine of Phandelver
Want to enhance the Starter Kit's level 1-5 adventure? Here are some ideas how.

Artwork © Wizards of the Coast, LLC

The Lost Mine of Phandelver is a great starter adventure, whether you're brand-new DM or have been rolling 20s since the 80s. Included in included in the D&D Starter Set, it has just about everything you need in a good campaign, and sets you up nicely to transition into something else when it's done.

It ramps the difficulty up nice and slow, introduces role playing elements early, has a nice town with a healthy supply of NPCs and side quest plot hooks, a mid-level boss and mini dungeon (Glasstaff & Tresendar Manor), and a Big Bad Guy  with a full dungeon (Black Spider & Wave Echo Cave). What more could you want?

Want to make it even more memorable? I have some ideas for you. 😈

Start in a Tavern

Players expect it, and it's fun. This isn't the place to get creative - just anchor your players in a setting they can imagine and build from there. Pick out a good tavern name, bonus points if contains a pun. Here are a few ideas if your creative juices are otherwise engaged.

Don't use the Starter Set characters

They're boring and rigid. D&D is way more fun when you roll your own character and get into the gritty details and customizations.

If you really want to just get started, you can go ahead with the starter characters and then let your players change up whatever they want after the first session or two. Once they get a feel for the game and what style they want to play, it'll be easier to know what class to pick. You can run a short Session Zero Redux, recapping and debriefing how the game is going, make adjustments, get feedback on what they like and what they don't, and then set off again on a new and improved path.

The provided adventure hook, Meet Me in Phandalin, is a little underwhelming: an agreement to escort a wagon of supplies to the nearby town of Phandalin. By itself it's simple enough, but what if the players don't care about the 10gp each? What if they decide to explore Neverwinter instead? It's a huge city and you didn't prep for that. Ruh roh.

Try adjusting the collective backstories and put the players down on their luck and out of funds. Perhaps they're in a tavern spending their last copper on some bread and cheese, when they see a group of spoiled rich brats picking on an unfortunate soul across the tavern. Ramp it up until the players intervene, and stop the fight short of killing the NPCs. Guess what, the leader's daddy has the city's politicians in his pocket, and their family holds grudges.

Now you have a chance for Sildar Hallwinter, member of the Lord's Alliance (if you choose to play out the factions in the adventure), to see the party looking out for the little guy. He can urge them to leave the city quickly, and offers a way out in the form of an escort mission. They're going to need money, they need to leave, and you're off and running.

Spice up the key villains

Iarno is fun villain/NPC because his evil identity is secret, and he's Sildar Hallwinter's contact (in the Lord's Alliance) out in Phandalin. The campaign book only briefly touches on this point, but it can be exciting to play up this relationship in big betrayal reveal. Here are a few ideas:

As written, Nezznar is a one-dimensional character. He's bad for bad's sake, unless you decide otherwise.

Artwork © Wizards of the Coast, LLC 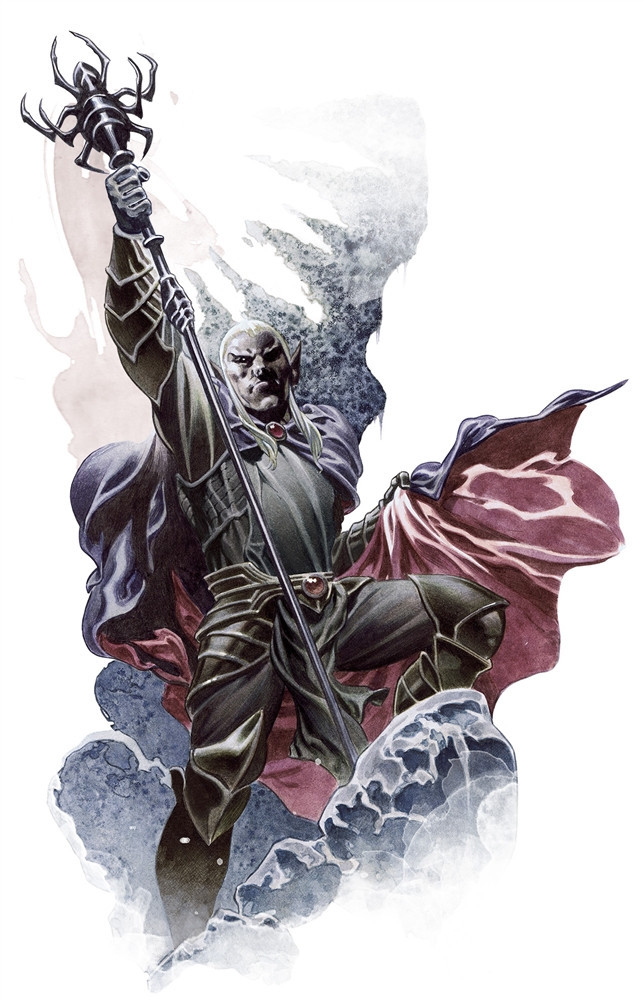 Brush up on important mechanics

Your players have a few larger places where they may decide to spam long rests. Cragmaw Castle, Tresendar Manor, and especially Wave Echo Cave have multiple encounters. It's very important to remember how long rests work.

Players cannot benefit from more than one long rest in a 24-hour period.

They can't just lock a door and sleep in there for a day and a half without repercussions just to get their spell slots and hit points back. They need to get more resourceful. Use their hit die, health potions, spells, and craftiness.

Here's how a few other folks have handled this very issue:

If you've read much more than the campaign booklet and this article, you've done too much research. After playing a session you'll have a much better idea on what aspects of gameplay you need help on improving, and you can take it from there.